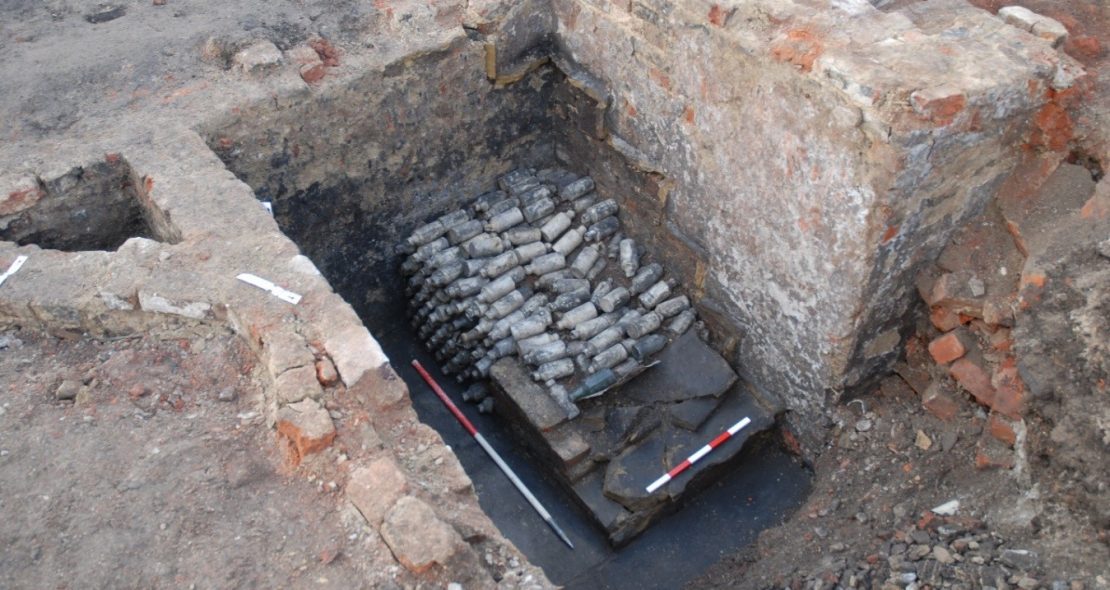 An archaeological dig taking place at Aire Park – the former Tetley Brewery site, has uncovered a series of Georgian and Victorian foundations and cellars, along with hundreds of neatly stacked beer bottles dating back to the 19th Century.

The excavation is being undertaken ahead of construction works starting on the new mixed-use neighbourhood and city park. It is a rare opportunity for archaeologists to explore the social and industrial significance of this part of Leeds from the late medieval period through to modern day.

The bottles of beer were discovered under the foundations of what used to be the Scarborough Castle Inn. They came from a number of different suppliers, but the majority were labelled ‘J. E. Richardson of Leeds.’ Upon inspection, many of the bottles still appeared to contain liquid, initially thought to be ginger beer. However, after samples of the liquid were tested by West Yorkshire Joint Services, they found that the liquid was not only alcoholic, but also contained high levels of lead making it undrinkable. The most likely cause of this was lead piping contaminating the water supply used to brew the beer.

The bottles, of which there are around 500, will be cleaned and retained by developer Vastint UK. They will be incorporated into the development of Aire Park as they provide an important link back to the site’s history.